Every Successful Person’s Faced Challenges, BUT… 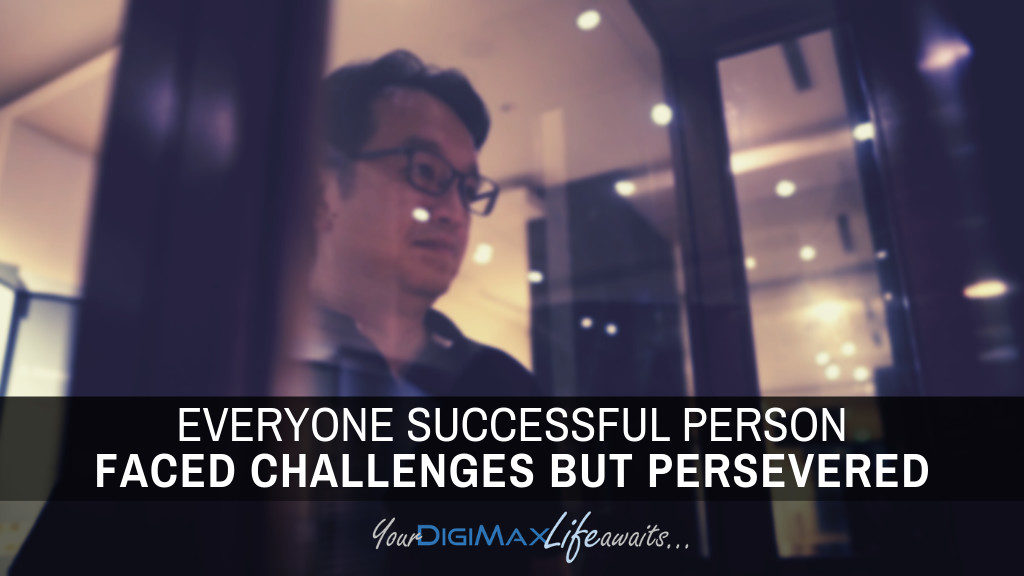 Every successful person wasn’t succesful when they started. The only difference between them and everyone else is that they persevered.

Isn’t it funny that we tend to think of successful people as having something we don’t, or knowing something that we don’t.

I was the same way.

I always assumed that because they are already successful in what they are doing, I could never be like them.

When I started my online business, one of my mentors told me that the only difference between me and him, is time.

He said that if I kept on putting in the effort, in time, I would be where he is.

It was hard to believe at first, especially because I hadn’t made any money online up to that point.

But within 2 months of him telling me that, I replaced my corporate lawyer’s paycheck, and within several months made multiple six figures online.

And now, when I tell people that, I find that it’s hard for my students to believe that the only difference between me and them, is time.

We all need to remember that not everyone who is successful now, was always successful.

Everyone needs to start somewhere.

I wasn’t an overnight success.  Not in my law career, and not in my online business.

The online business was a lot quicker than my law career, because it’s an industry that’s currently in massive growth.

So I want to encourage you – don’t give up on your dreams or what you’re building, just because you think it’s tough.

I was tough for everyone who is currently successful.

The only difference between those who succeed and those who didn’t is, as my mentor said, time…

… and in my opinion, not giving up.

If those who were successful had given up when the going got tough, you would never have heard of them.

So, there’s nothing special about anyone who’s a success.

The only reason they’re a success story is that they didn’t give up on building their dreams.