4th Anniversary Update: How quickly can an Offline Business be profitable? 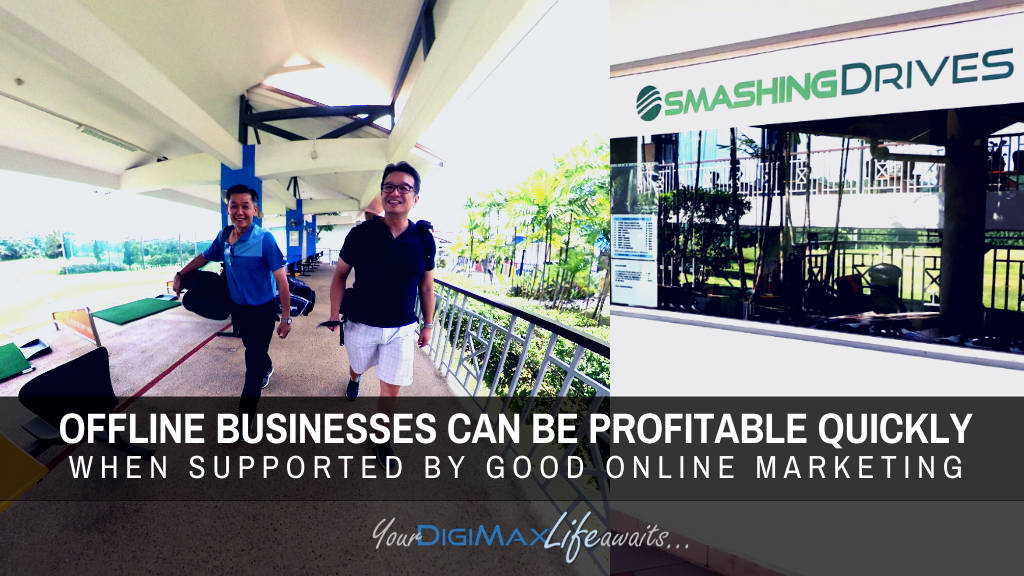 I’ve just started an offline business that was profitable within 2 months. Offline businesses, when supported by online marketing can dominate quickly.

It’s been a while since I last posted.

I’ve been focusing on building my first “offline business”.

Well, it’s not purely an offline business – not many businesses can survive purely offline.

We’re a shop for custom golf clubs.  We’ve got a physical location, and serve regional customers.

In the last couple of months, I’ve gotten lots of questions on how it’s going, and why I wanted to start something so different.

To answer the “why” first, having built a successful 7 figure online business, I decided I needed to keep growing.

And we’re doing really well.  February was our first profitable month, with a 5 figure profit.

The first version of the website was up by 23 Dec.  The renovations were complete by the first week of January.

So we didn’t quite get up and running by the start of Jan, but we were in business by the first couple of weeks of the New Year.  A month and a half to startup, not bad for an offline business.

When Chinese New Year rolled around on 25 Jan, we were ready to do our first big push, and we did an online marketing campaign to Singapore and Malaysia.

Barely a month later, I’ve just gotten the figures for February (month to date) – and we’re over 5 figures, profitable.  From startup, that’s about 2 months.  Not bad for an offline business.

Using what I learnt in my online business, we’ve started dominate the front page of Google search for the terms that matter to us, have gotten over 2,700 Facebook followers and one of our posts went “mini viral” with over 32,000 likes.

None of this would have been possible if I didn’t decide to start learning to run an online business in February 2016.  And that’s why I do an anniversary update every February.

If you’ve followed my story, within 6 months, I replaced my Corporate Lawyer’s income.  And within 6 months of that, I got to $500,000.  I’ve also helped many others get out of jobs to live lives that are much more fulfilling for them.

These are links to the updates from my first, second and third anniversaries:

I’m particularly pleased with getting this new business off the ground, as in the last 4 years, I’ve started other online businesses, but this is the first one with a physical store.

And it’s a hobby business.

And we’re profitable in 2 months!

If I hadn’t taken the plunge on Valentine’s Day 4 February’s ago and started learning how to start an online business, I’d still be in my corporate law job.

So, if you’ve ever wanted to start your own business, online or offline, don’t delay – there’s never a perfect time.

This is the course that taught me to sell physical goods, start my golf business, and get it profitable in 2 months.

But if you’re serious about starting now, I’ve got something really exciting to share with you.

I’m going to be starting another new business.  I’ll be using a course that was launched just this morning by none other than Tony Robbins.

If you purchase this course from this link, we’ll be journeying together to launch your new business.

I’ll be coming up with a launch plan, and we’ll be tracking each other’s progress.

As Tony says, Success Leaves Clues.  And there’s nothing more helpful for success than modelling someone who’s succeeded multiple times.  And that’s what we’ll be doing on this brand new course.

Ordinarily I charge USD1,000 per half our one on one coaching session.  And there are currently no slots available.

So, if you’d like to work together on your new business – this is the course.

If you didn’t catch this morning’s launch webinar, you can catch it here.