Can you succeed online without social media? 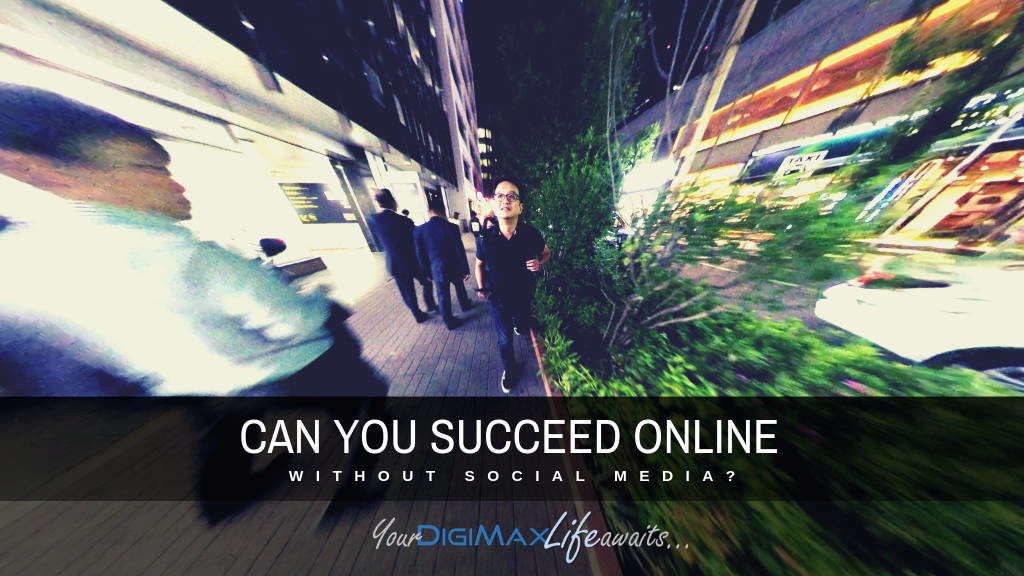 How many social media followers do you need for a successful online business? Is that really relevant? Learn more as I take a dive into this question.

A couple of weeks back, I wrote about the power of “influencers” in simple, authentic marketing.  And while the immediate thought turns to social media, social media certainly is not intended to be the focus.

So, I decided that I needed to write a follow up article.

The thrust of that article was keeping online marketing simple, and authentic.  That’s something anyone can do.  With or without social media.

And it’s in doing that, that the ordinary person, can recommend products online – the goal of online marketing, in particular, affiliate marketing – make a recommendation, get paid a commission on a sale.

If you’re simple and authentic, you will make an impact.

(If you don’t want to be visible yet, I’ve addressed that here…)

As if to prove my point, a massive Instagram influencer, Arii, who has 2.9 million followers, tried to launch a t-shirt collection, and sold less than 36 t-shirts, the minimum number to launch a line!

By contrast, in my first year as an online marketer, I made multiple 6 figures in commissions, with a low 3 figure following on social media – and I mean ALL social media combined!

If that doesn’t prove the point that you don’t need to be active on social media to be successful at an online business, I don’t know what will!

Social media commentators have offered lots of suggestions why Arii wasn’t successful.  Some even said social media influence is dead!  A point of view I completely disagree with.

After trawling through their posts, I believe that the top reason was a lack of authenticity in that product launch.

Authenticity is crucial as I’ve already said in my previous post.  But in what way was she “not authentic”?

“Era Designs” said, “Look at her feed vs her product line. These aren’t even close to the same aesthetic… If you can’t imagine her wearing any of these, why would her followers?”

As I’ve always said – as marketers, we should only recommend what we actually use, and actually works for us.

Had she done that, she would have sold millions.

So, let me conclude by saying that…

And if you think I’m an anomaly, I’m not – many others have also succeeded online without social media.

As I always say, don’t look at me as inspiration, but as evidence that you can do this too.