Will Robots Take My Job? Only you can decide 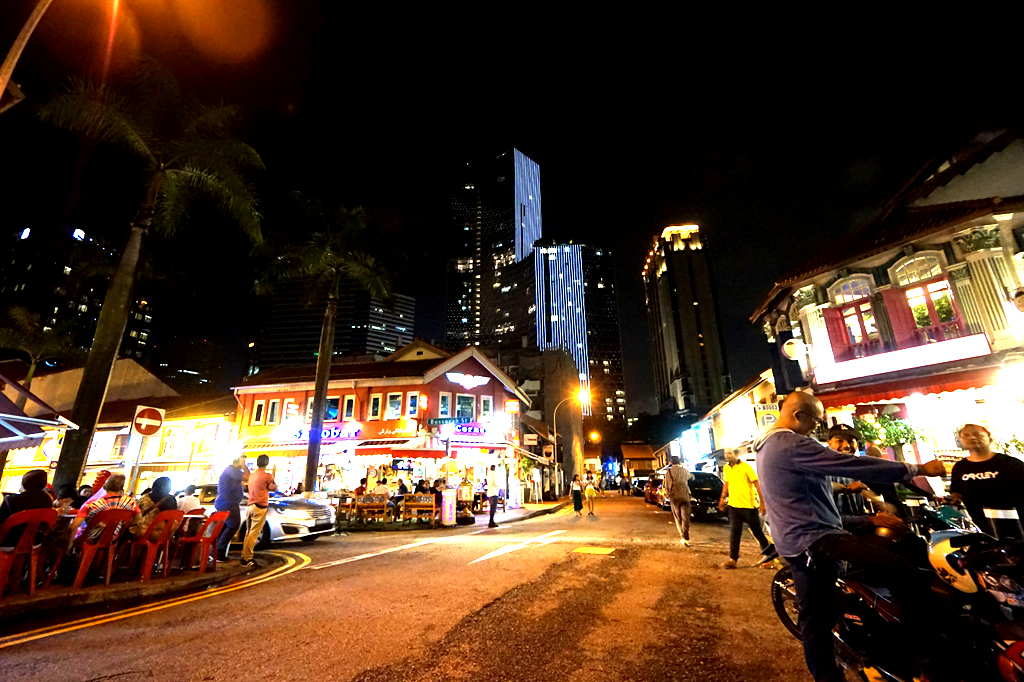 Only you can answer the question “will robots take my job?”. Many will be affected, but many new, amazing opportunities will also be available to all.

I love that picture above.  It shows a New Singapore rising up behind Old Singapore, and that road from Old Singapore appears to be heading straight to the New Singapore.  Almost poetically showing how business automation, and artificial intelligence is changing our economy.

And yet, one by one, in industries and jobs, where no one would have ever believed robots could ever replace humans, are becoming automated.

Most of us had assumed that the jobs robots will take were mainly the menial jobs, such as factory production.  Then slowly but surely driverless cars and busses started appearing – in fact, Singapore will have driverless public transport by October 2020.

And then, about a week ago I saw something that really shocked me…

As you may know, I am a former corporate lawyer who worked in private equity investing in some of the most cutting edge companies.  I then left my 20 year legal career to retool and reskill for the world of online marketing.  So, it really does take a fair bit to shock me. 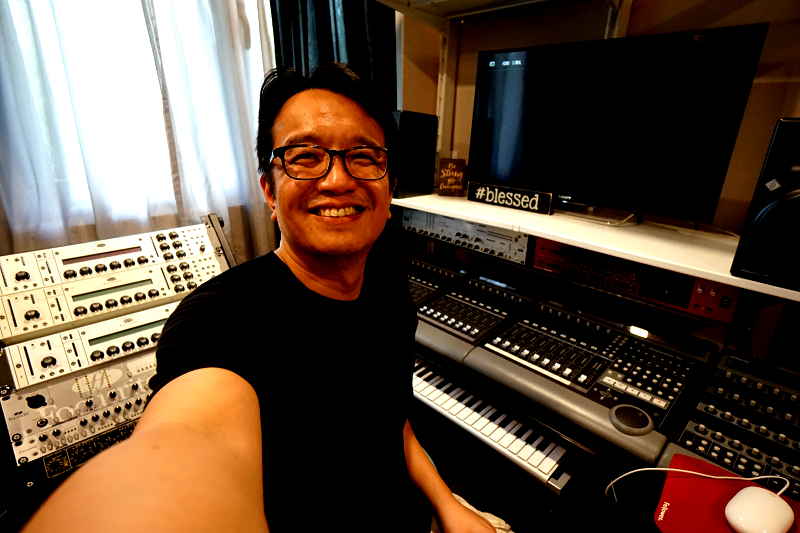 I am also a hobby musician, and music producer.

And while I’ve always known there were patterns in music, I was truly stunned when i heard about singer-songwriter Taryn Southern’s album “I am AI”.  The album is fully composed with and totally produced by AI or artificial intelligence.  Technology was supplied by Amper Music, IBM’s Watson Beat, Google’s Magenta, and AIVA.

It wasn’t that long a journey from the time we were thinking of robots replacing menial jobs, to this – robots composing hit albums…

So, will robots take our jobs? If it’s a menial job, definitely! 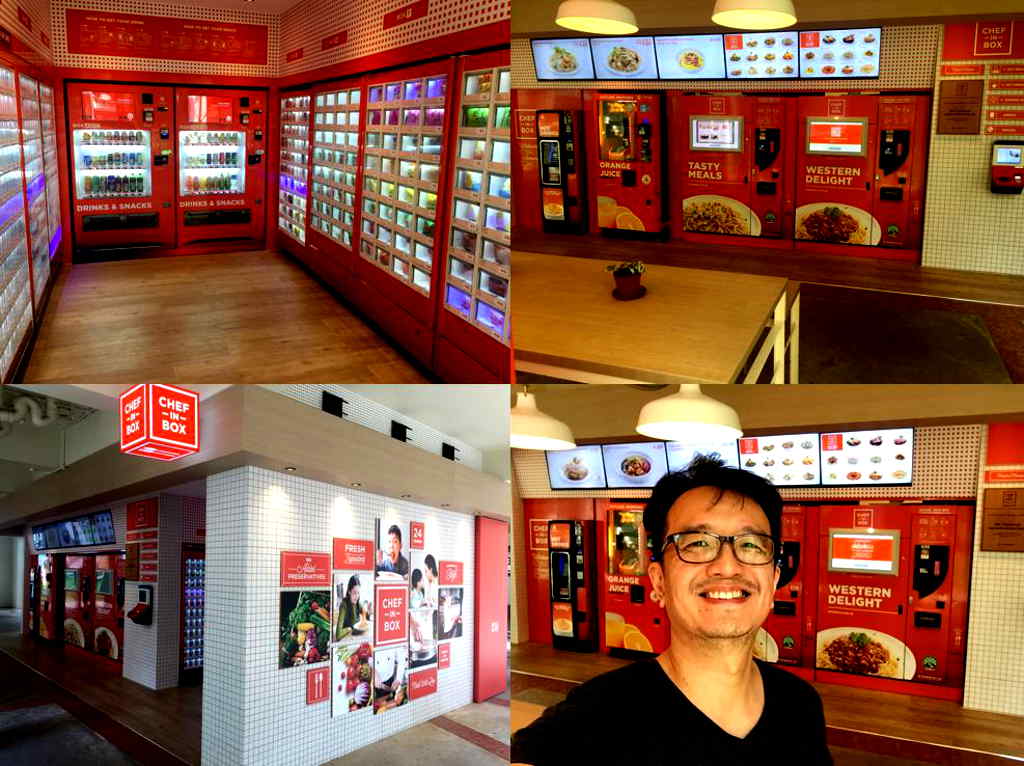 In May 2017, a mere 1 year before Taryn Southern’s AI album was released, I wrote about robots taking over jobs in the F&B industry and how in 1 week:

… I went to a sushi restaurant, which served good quality sushi, with incredibly consistent sushi rice, and robots making the sushi rice

… then a couple of days later, I went to a café (pictured right) that is completely human-less!

… and the very next day, had lunch in a food court where the tables were cleared by robots!

Then a couple of months later in July 2017, Chinese supermarket start-up, Bingobox, announced that it partnered French supermarket giant Auchan, making it possible for 4 people to run 40 supermarkets!  And shortly after, Amazon opened its first Amazon Go store, a check out free supermarket in Seattle.

Up till then, with a few exceptions, we had seen robots taking away menial jobs.

And then Taryn Southern “I Am AI” album comes along…  and I’m pretty sure it won’t be the last development.

A discussion on the question “will robots take my job” would not be complete without looking at the legal and regulatory framework.

The fact that there is a regulatory framework should tell you that the future of robots taking over jobs isn’t that far away.

We lawyers like to joke that the law is archaic and behind the curve.  So, if what I wrote earlier hasn’t shocked you, in April 2017, the International Bar Association (IBA), a global forum for the legal profession that was established in 1947, published a report entitled “Artificial Intelligence and Robotics and Their Impact on the Workplace”, calling for enactment of the law concerning robots and artificial intelligence.

This was not some scanty report to appease a political faction of futurists, but a 120-page report that focuses on potential future trends of AI, and the impact intelligent systems will have on the labour market, the structures of companies, employees’ working time, remuneration and the working environment, and the importance of implementing the law concerning robots and artificial intelligence.

A couple of months later, in Jul 2017 the Singapore Government, well known as a global leader for its foresight in economic matters, demonstrated how seriously it is taking the transformation to the digital economy.

It announced that not one, but 5 political office holders, including a cabinet minister, will co-ordinate jobs for Singaporeans to move into industries “where higher-skilled workers may need help to adapt to the sweeping changes coming their way.”  The Manpower Minister Lim Swee Say said that the industries were chosen as they were likely to be the most affected by disruptive technology.”

This effort will be led by Singapore’s Second Minister For Manpower, Mrs Josephine Teo, who said in a Facebook post:

“There are job losses, but they are often due to businesses and industries transforming rather than shutting down. Some activities that are not as efficient or have become irrelevant are being phased out and the original workers displaced. But new activities are required and people hired to carry them out. Until recently, for example, who had heard of digital marketeers and cybersecurity analysts?

There are also more PMETs in our workforce than before. They now constitute some 70% of those made redundant. At the same time, more of the new jobs created today require PMETs.”

PMET is an acronym for “Professionals, Managers, Executives and Technicians”.

These are professional, executive and management jobs the Singapore Government is worried about!  Certainly not the menial jobs!

First, there’s no such thing as “jobs that will never disappear”.  But we can secure our future.

The fact is that automation is going to affect everybody.  It’s ultimately how we relate to automation, that will determine how it affects us.

An Oxford University study estimates that 47% of US jobs could be replaced by robots and automated technology by 2023.

So how will mindset change help us?

This may see this as a hurdle.  But life invariably brings challenges.  The hurdles do not determine our future. How we react to these hurdles does.  Instead of lamenting the loss of the opportunities, or stability, hurdles can bring us opportunities.

I didn’t always look at things that way.

I spent 20 years working as a corporate lawyer in Singapore, and was truly blessed to have climbed the corporate ladder very quickly. I felt secure, thinking to myself, as long as I’m really good at what I’m doing, I’ve got a job for life.

In corporate legal work, prior to a company purchasing another company, extensive due diligence is carried out. This is a painful task that often cost a fair bit of money due to the number of hours of lawyers’ time that required to carry it out. It is also a part of legal work that can bring about a lot of liability if things go wrong.

This process started to become automated. Computers were scanning these in bulk faster and more accurately than any human could. Once that happened, I started worrying about how secure my job really was.

Granted, that was work that was typically undertaken by junior associates, and it would not any direct impact on me. But the writing was clearly on the wall, and I wondered when computer processing power would start replacing the need for senior lawyers.

And so I decided that I would re-tool and re-skill for the future.

I had never sold a thing before in my life up till then, and I decided that I would learn how to run an online business, and if I was to be successful, I would need to learn how to generate revenue as well.

I really did not want to go back to school or do an Executive MBA – I wanted practical, hands on learning that will allow me to start earning while I learnt.

A crucial part of the education was learning business automation.

Business automation is a big word.  But don’t let that scare you.  Many things we do in our modern society are automated.  Much more than we realize.  For example, previously when we wanted to copy parts of a document, we would need to retype or photocopy it, but we do things like “copy and paste” so regularly and effortlessly that we don’t even think about it.

Automation has reached a point where it was available to small enterprises and home based businesses.

I had learnt to run a business selling things online, and automation meant that I could do this from home without needing to incur the overheads of a usual business.  Automation also allows my business to stay open 24 hours a day, 7 days a week, 365 days a year, which means I’m literally making sales in my sleep!

When a line of business works, you just “copy and paste” it. Essentially, that is automation at its simplest, but that is the sort of thing that allows you to multiply your work without multiplying ourselves??

As I’ve said, we’ve all done this at some level – such as when we use template letters, documents or slides in the course of our work.

The power of automation is plain to see – it took me 20 years of hard work as a lawyer to reach the income I did – and using automation replaced that income within 6 months of starting to learn it. *

Are you going to act?

So, the answer to the question “will robots take my job” is…

It really is up to you.  Will you change your mindset, re-skil and re-tooll?

If you are, you’re safe.  Because even if your job is gone, you’ll be well placed to take advantage of all the new opportunities.

But if you’re not, the government and law will likely put in measures to protect you.

The question is whether you’re content to be helped by the government and survive at that level, or take this opportunity, an opportunity that wasn’t available several years back because automation wasn’t as readily available, to dramatically change your life.

Will robots take my job?  No.  I chose to change my mindset, re-skill and re-tool.  And I can assure you, it’s not that hard.