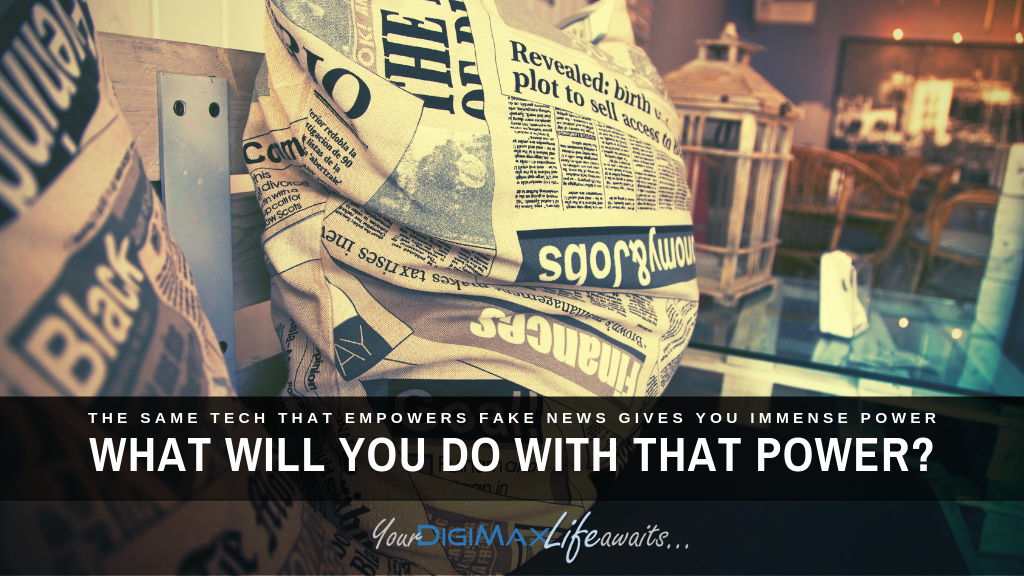 The very same technology that causes fake news empowers you to spread your message in a way that was never possible before. How will you use it?

Fake news is in the news again…

In fact, in Singapore this month, a fake news bill was presented in Parliament with the intention of reducing the amount of fake news we need to deal with.

Fake news is inextricably linked to other issues surrounding us, such as whether social media, and other online publishing companies can and should be responsible for the content they carry.

Social media, and other forms of online publishing have made it simpler than ever to publish one’s opinions.

This article will take me approximately 30 mins to write, and post, and it will reach at least tens of thousands around the world.

A mere 25 years ago, this would not have been possible.

While the world around us has dramatically changed, much of what we’ve learnt, and put into practice in our jobs and businesses hasn’t.

And because we don’t understand it we feel the need to push back against it.

Don’t get me wrong, I think that fake news is bad for everyone, and like all things check and balances that represent the fabric of society, are crucial to the smooth running of any society.

Social media and the internet are neither good nor bad, but they can be used for either.

Imagine that power.  The ability to sway elections.

Now imagine using that same sort of influence to reach your customers, or create awareness for your charity.

That sort of influence has never been within the reach of ordinary people, and it is now within our reach.

These were things I never understood during my 20 year corporate legal career.  And within a short span of several months, I learnt to use the tools to promote my business, and even causes that I believed in.

And I wasn’t even technologically savvy before that.

Will you use this for good?