Driverless vehicles have hit the roads

Progress never stops. You can choose to let it work for you or against you. Get back in the driver’s seat of your life. Learn how.

Last month, a news article reported that driverless busses are circling a 1.53km route in Zhengzhou, a city in China.

A quick search of Google News, shows that in June alone, there were numerous articles on driverless vehicles. 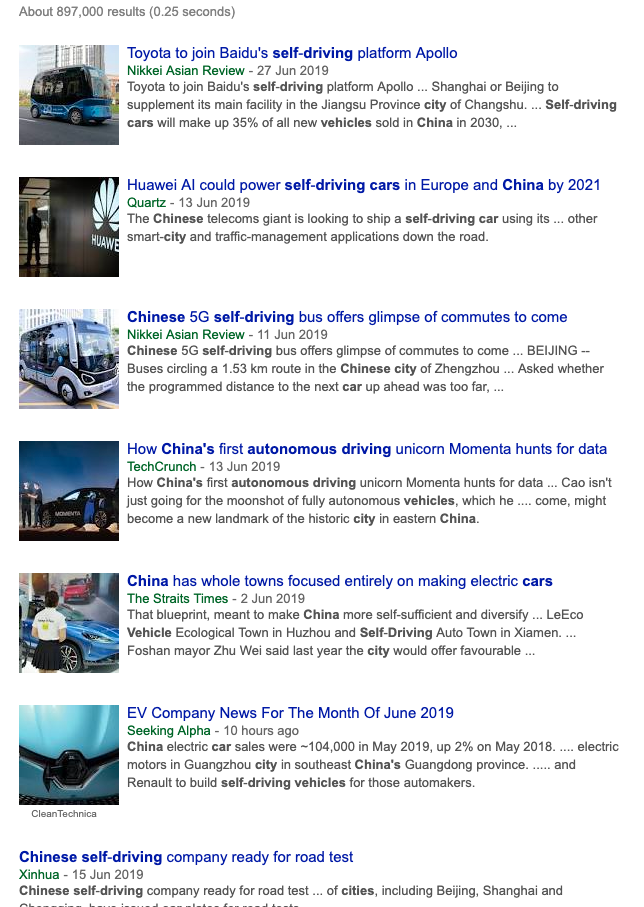 And this isn’t just happening in China.  On 20 June, the South China Morning Post (a Hong Kong broadsheet), reported that not 1, but 2 Chinese self driving startups have been given the green light to operate on California roads.

In fact, it grows in tandem with Moore’s law, which refers to the doubling of the number of transistors in an integrated circuit every 2 years.

While that may seem archaic, that’s the speed at which technology develops.  It grows at a doubling rate.

I always say in articles like this that this is not intended to be a fear mongering article.  There’s more than enough of those being brandied about.

But it’s an article that’s intended to bring an awareness that while technology changes, jobs will need to change AND most importantly…

… how that is an OPPORTUNITY and not something to be feared.

When tractors were invented, the number of ploughmen that needed to know how to use horses fell.  They needed to learn to use tractors.

When driverless busses and cars start hitting the roads, those jobs will need to change too.

About a year ago, I wrote an article on how Artificial Intelligence is being used to change menial jobs, but has reached the point of customer service and even musical composition.

In that same article, I pointed to a study by Oxford University that estimated that 47% of jobs could be replaced by automation by 2023.

If you’ve not read that, I encourage you to read the full article here.

This was one of the large drivers for me to start looking for alternatives too.

In my 20 years as a corporate lawyer, I took for granted that as I grew in expertise and experience over the years, my pay would increase.

I got to a point where I was heading a legal departments in some of Singapore’s largest and most prestigious organisations – achieving my career goal.

That’s when I noticed that some of the lawyers that we were appointing were cutting their fees significantly to get our business, and could do so because of automating large parts of their deliverables.

These automated portions were more accurate and faster than any human could be.

While this resulted in me getting larger bonuses (because my cost centre was spending less), I knew that it would be shortsighted of me to just rest on my laurels.

This downward pressure on billable hours would soon spread, and the value placed on my career would no doubt be affected.

I decided then that I would learn to start a home business, which would allow me to spend more time doing things I truly loved and was passionate about.

By studying the possibilities that technology provided, I learnt to build a home business, with no rent or staff overheads, that would replace my corporate lawyer’s income within 6 months.

That’s the positive side to all this technological development.

You do not need to be a technical wizard to run automation that will allow you to operate a flourishing home business.

I used to be a spoilt head of legal that had secretaries to print emails that I would dictate replies to.

So if you’re reading emails on your own, you’re quite possibly technologically ahead of where I was.

I put in the effort, learnt what I needed to, followed the steps and the training, and got to that point where I replaced my income, and all within 6 months.

The point of this article as I said isn’t fear mongering.

It’s to let you know that you have a choice.

Don’t look at me as inspiration – that puts me on a pedestal and makes you think you can’t achieve what I did.

Look at me as evidence of what is possible for you.