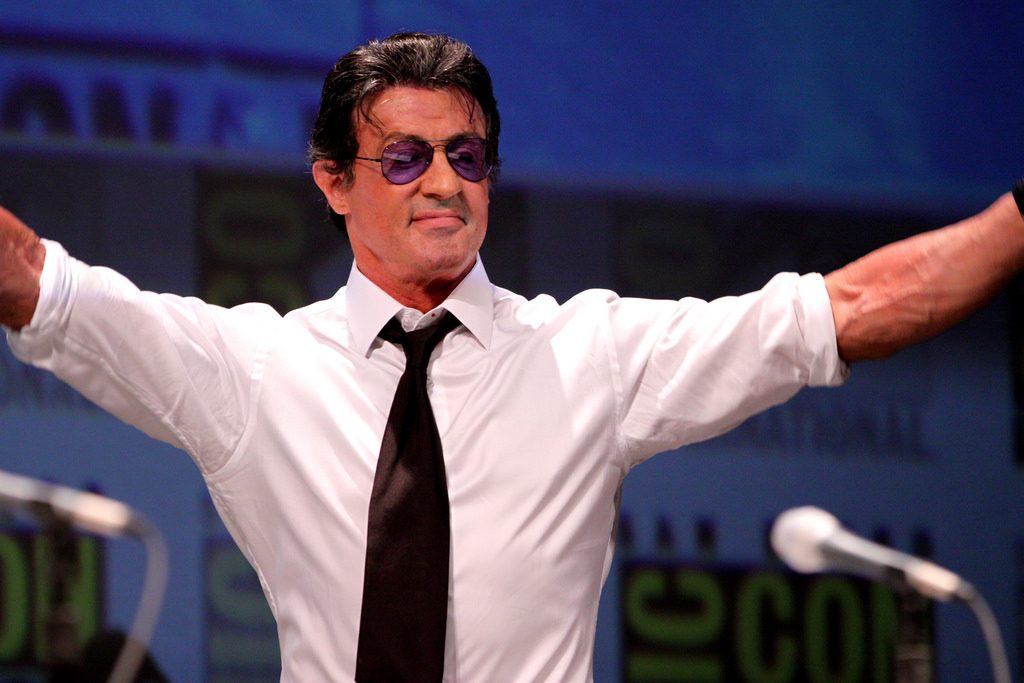 Sylvester Stallone road to success wasn’t easy, but contains many inspiring lessons for the budding entrepreneur.  We look at some of these lessons in this blog.

I was in the gym again this morning, when my trainer who’s a former boxer, and I, got to talking about the inspirational story of Sylvester Stallone.  That’s one of my favourite stories, because I learnt so much from it.  But, back to the story…

Sylvester Stallone is now a household name, but it’s not always been that way.

When Sylvester Stallone first started out, all the odds were stacked against him.  He was broke, and he was told he ‘looked and talked funny’.  In fact at one stage, he had to steal and sell his wife’s jewelry in order just to get by!

Shortly after, he ended up homeless and slept at the New York bus station. He couldn’t afford to feed himself or his dog, and so ended up selling his dog for $25 to save the dog from starving.

A couple of weeks later, he watched a boxing match between Mohammed Ali and Chuck Wepner, and inspired by that, wrote the script for Rocky in 20 hours!

He walked away, because he wanted to star in Rocky, but they said ‘no’, because he “Looked funny and talked funny”.

But Sylvester Stallone, still flat broke, had HIS goal in mind.  He wanted to star in it.

Eventually, Sylvester Stallone got his deal.  They let him star in it, but reduced the purchase price to 10% of the final offer, $35,000.

The movie won Best Picture, Best Directing and Best Film Editing at the Oscars.  Sylvester Stallone was nominated for Best Actor, and Rocky has since been inducted into the American National Film Registry as one of the greatest movies ever!

Now, back to the dog.

He stood at the liquor store where he sold the dog for 3 long days hoping to see the man that he sold the dog to.  When Sylvester Stallone saw him, he begged the man to sell the dog back to him. The man refused until the price went up to a whopping $15,000!

I remembered being told this story when I first started on my entrepreneurship journey.  It inspired me, and was one of the stories in the back of my mind when I finally succeeded, and that’s why I want to share this with you.

There are many lessons in this story.  I learnt that my dreams could not be taken from me, and that if I wanted to achieve them, I just needed to persist, regardless of what conventional wisdom would have said.

Sylvester Stallone could have been easily criticized for so many things he did, e.g., being broke and not taking $350,000!

And don’t let anyone, let alone ‘conventional wisdom’ stop you.